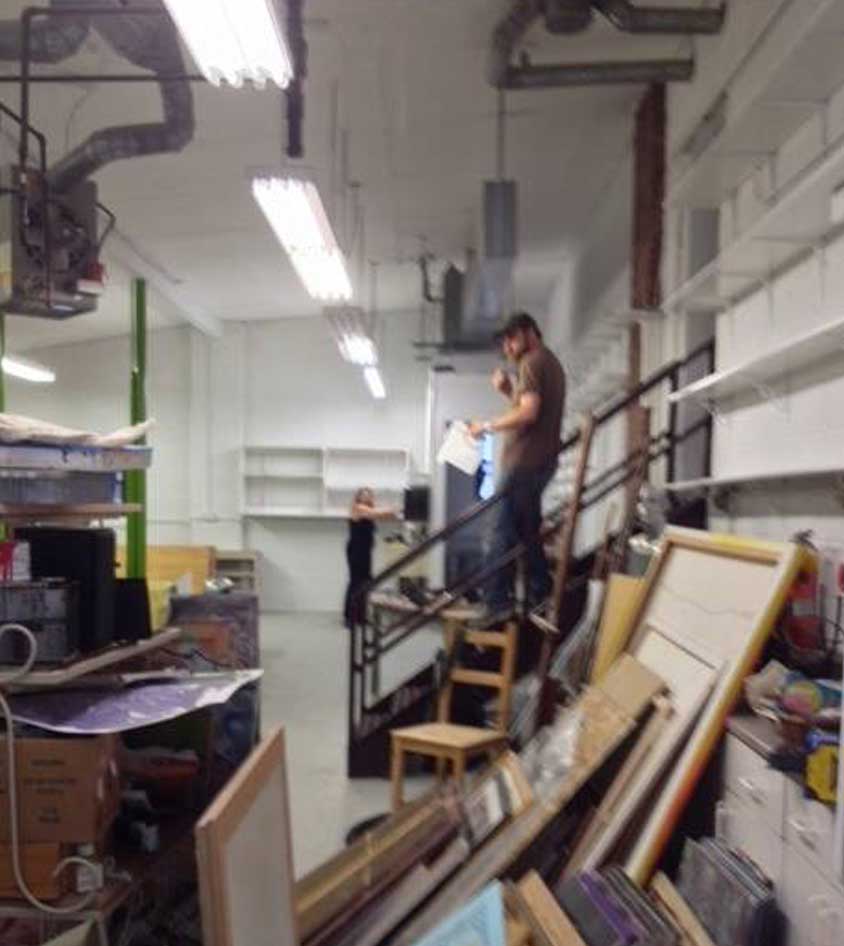 state of the art facility

The artfully renovated Studio and Gallery, shining with vibrant colors is brimming with fresh offerings of classes delivered by an enthusiastic, dedicated and enlarged staff. There is no place like our Center for Art, Ceramics, Crafts and Design. Come on in to meet us in our exciting, modernized home! We are constantly raising the bar here at our studio.

Marvin Arevalo is a visual artist who paints in a wide array of themes. His paintings focus on such subjects as hair, color and the female form. These highlights best illustrate and illuminate his painterly approach as an artist.

Born and raised on Long Island, Marvin received his Bachelor of Fine Arts at the State University of New York at Oswego. Recently, he completed his Master of Fine Arts at the C.W. Post College of Long Island University. Currently Marvin is teaching our Portfolio Accelerated art classes, Get your sketchbook, comic book/super hero drawing class and Fashion Illustration. 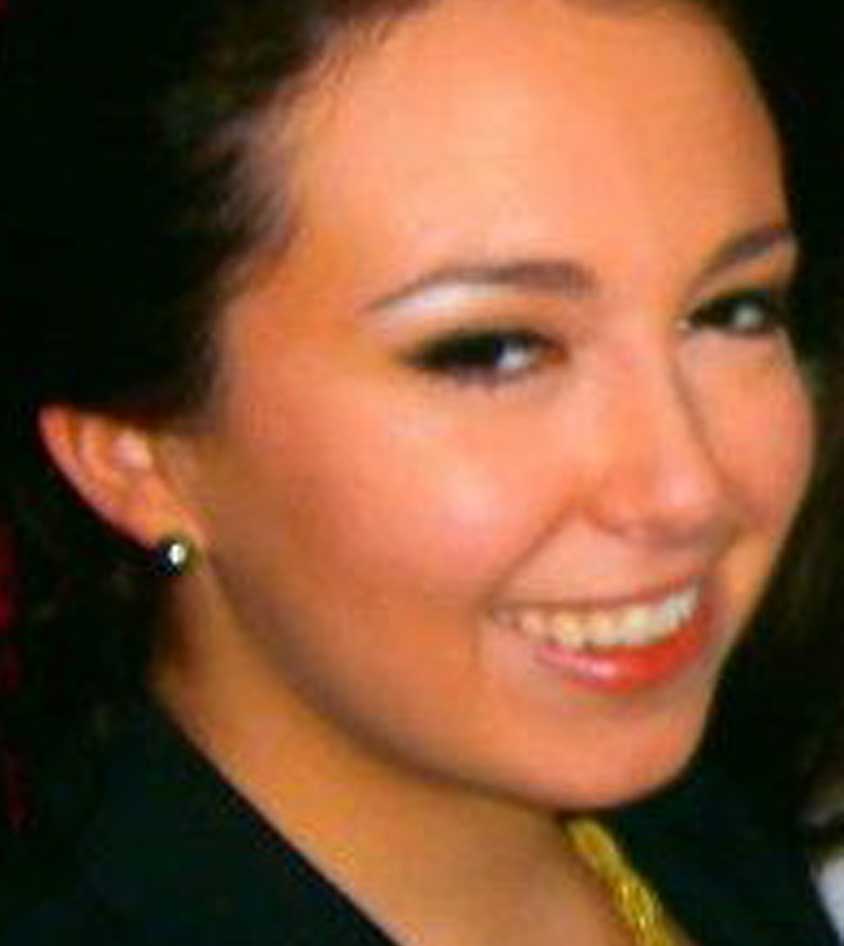 Lauren is a recent graduate from the New York State College of Ceramics at Alfred University. She is certified in Art Education for grades K through twelve. Lauren adores teaching all ages and levels, and is herself a well rounded artist. Her focus in 2D art lies in photography, and mixed media drawing and painting. 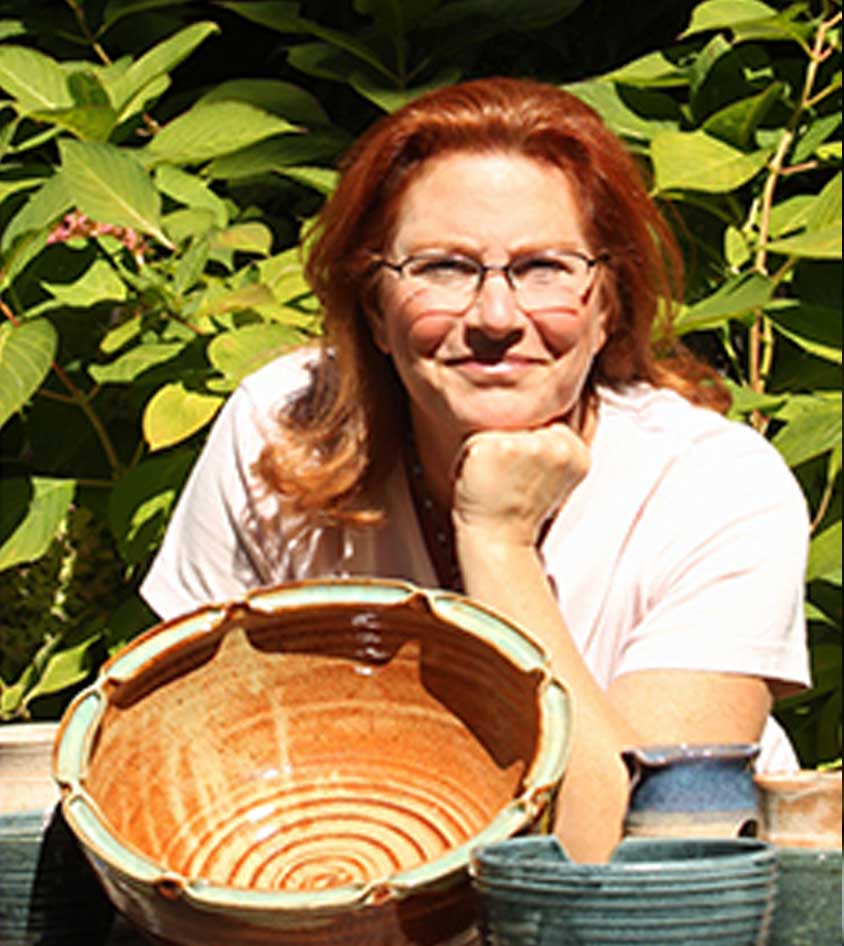 Patricia teaches students young and old and offers them several decades of experience as a potter. She has a significantly large knowledge base about ceramics. As a teacher, her philosophy is to provide each student with the information, tools and techniques for them to further explore ceramics at their own pace and in their own creative direction.

Patricia has produced several instruction videos that hundreds of thousands of people have watched. Haven Art Studio fosters a supportive and creative environment where Patricia can help students grow their creativity and artistry. 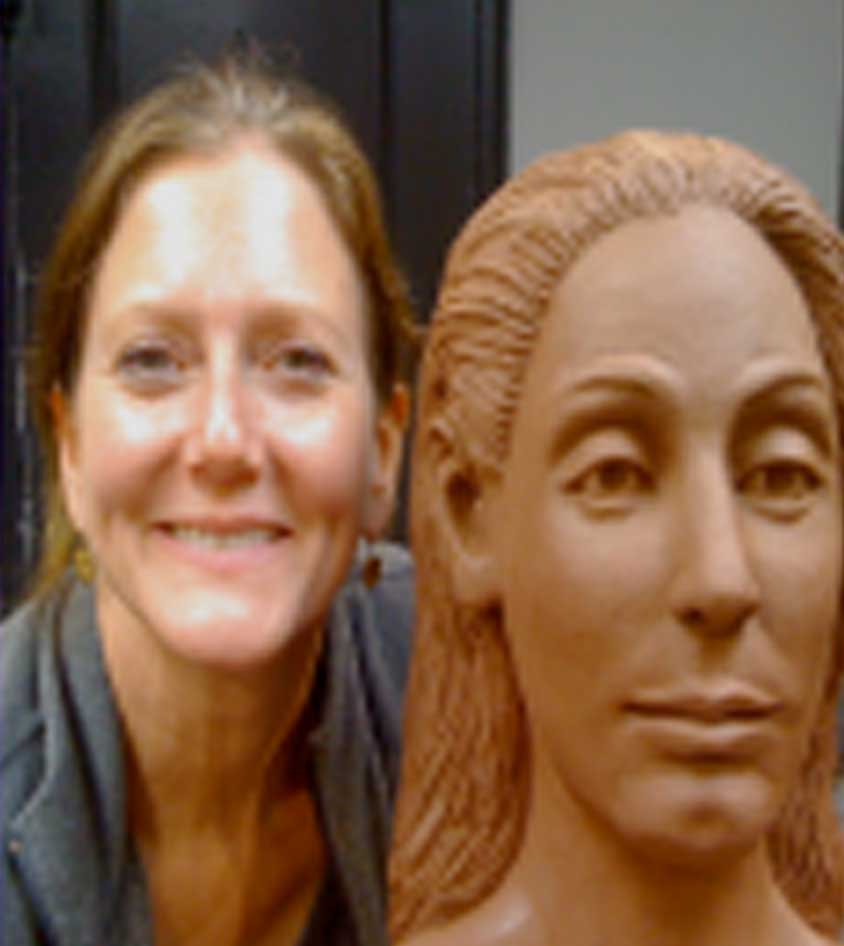 A long time resident of Port Washington, Judy is actively involved in the community performing in local theatre groups (acting and singing), raising money for various charities, teaching art to children and pottery to both children and adults. Judy continues her studies in sculpture, jewelry, clay, painting and drawing. Although the arts have been a very big part of her life and thoughts, it has only been in the last 6 years that she made the career change from the world of finance to the world of art. 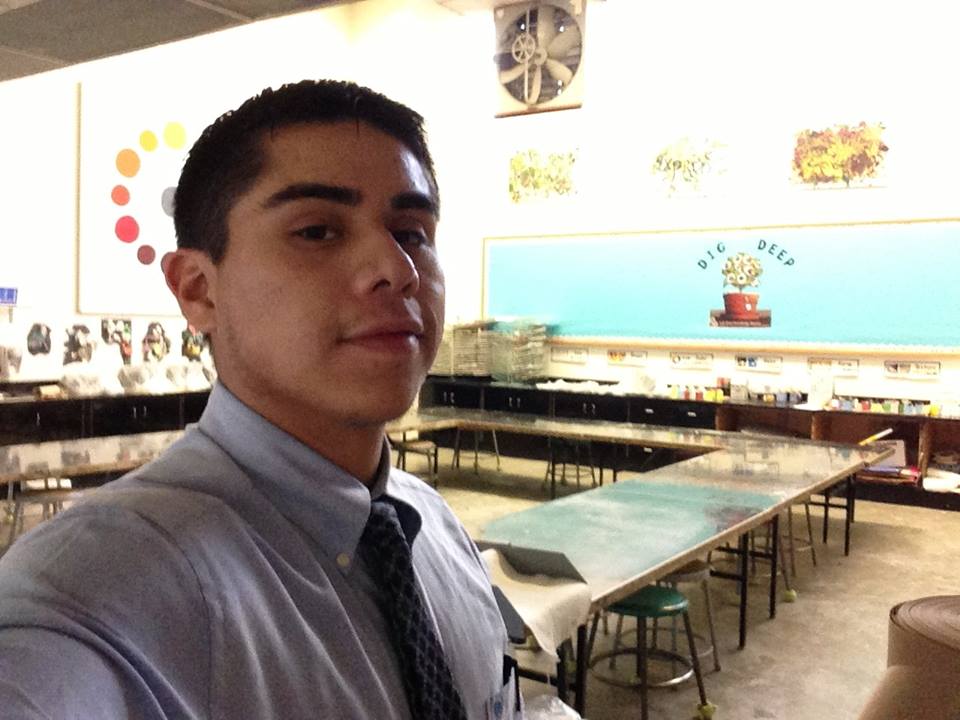 Michael Espinosa is a graduate from Long Island university, CW Post campus. Having received a Bachelors in fine arts and education, his degree enables him to teach birth-12th grade. Being a well rounded artist he works in drawing, ceramics, painting, photography along with woodwork. He has taught and volunteered at the Nassau county museum of art. Michael teaches numerous classes at our studio, currently Teen wheel and Studio arts are his specialty though he is truly wonderful with all the younger kids as well. 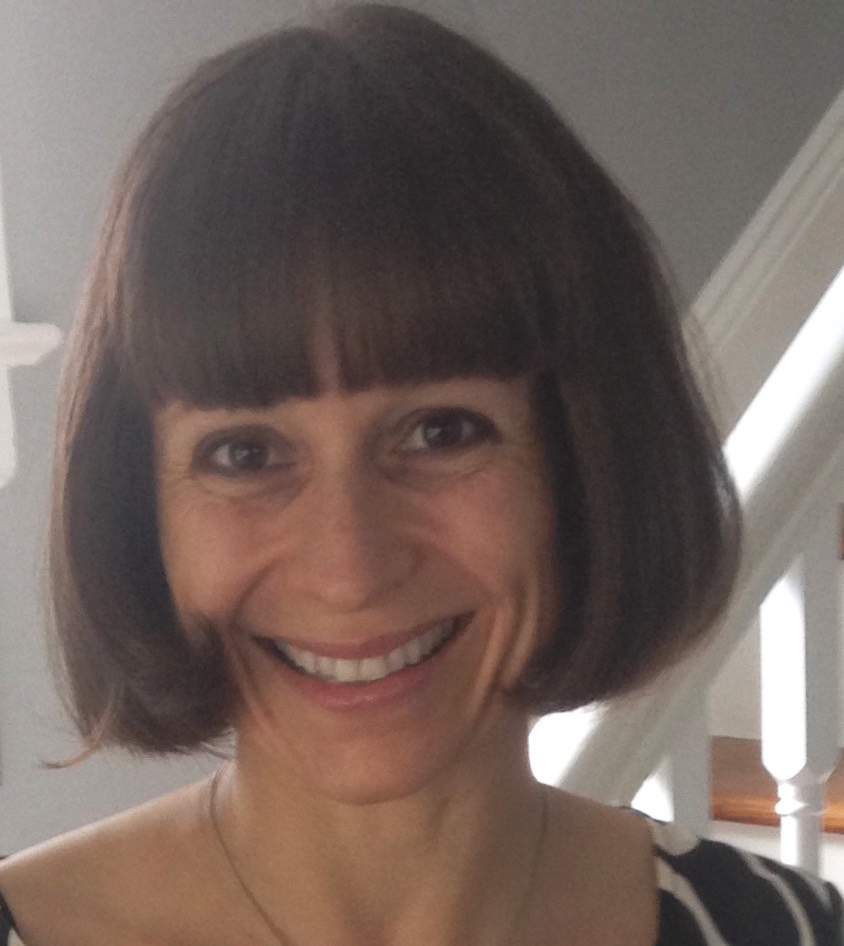 Heidi Loftus has worked as a dressmaker in Germany at the international publishing house of AENNE BURDA MODEN. This is the world’s largest fashion publishing house which produces magazines with the widest circulation among sewing enthusiasts in 16 languages in 89 different countries.

During her 3 year apprenticeship at BURDA, she learned every aspect of the dressmaker’s craft and, in the last year of her apprenticeship, completed kids clothes for the company’s monthly fashion magazine BURDA STYLE. Skilled in using different fabric types, she also produced pants, skirts and jackets independently. 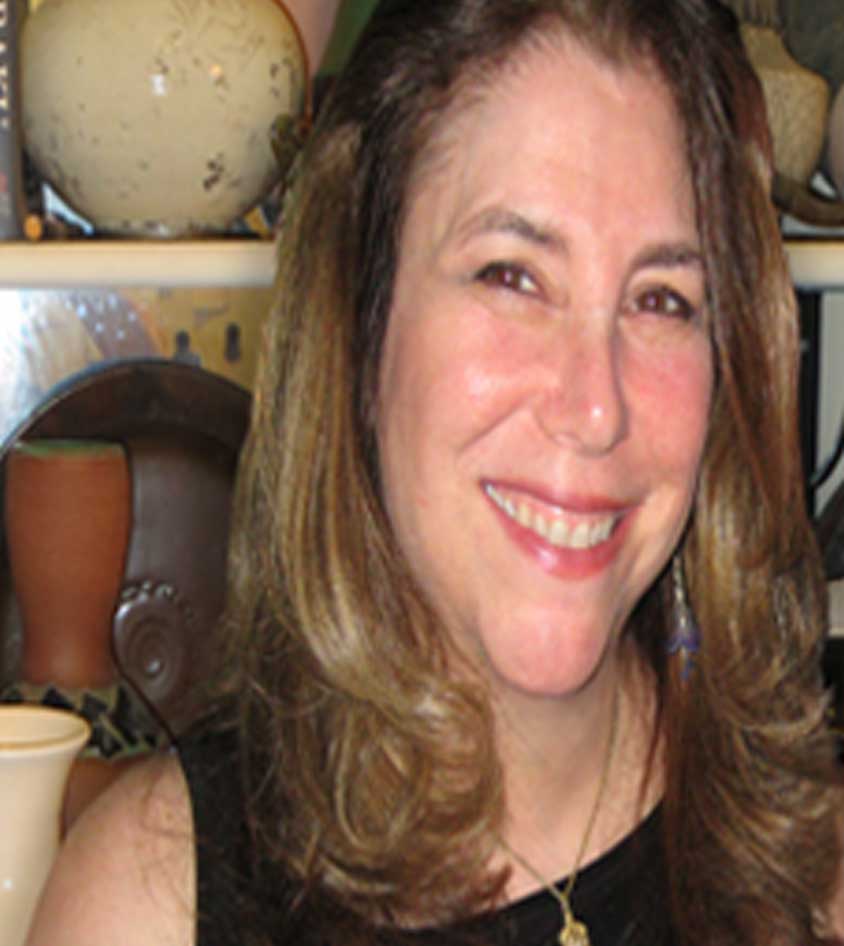 Gayle is a master of many classic techniques when it comes to ceramics but she finds that her greatest joy comes from passing on her know-how to those who love working in clay as much as she does. Gayle is one of our finest pottery teachers. Along with her unique tips and trips she has the patience of a saint.

With a long professional career in graphic design, Gayle has been able to bring together both disciplines in a personal pursuit of applied aesthetics. When making forms, she hopes folks will enjoy looking at them as much as she does in creating them. Pottery has held a very special place for Gayle that helped to define her. 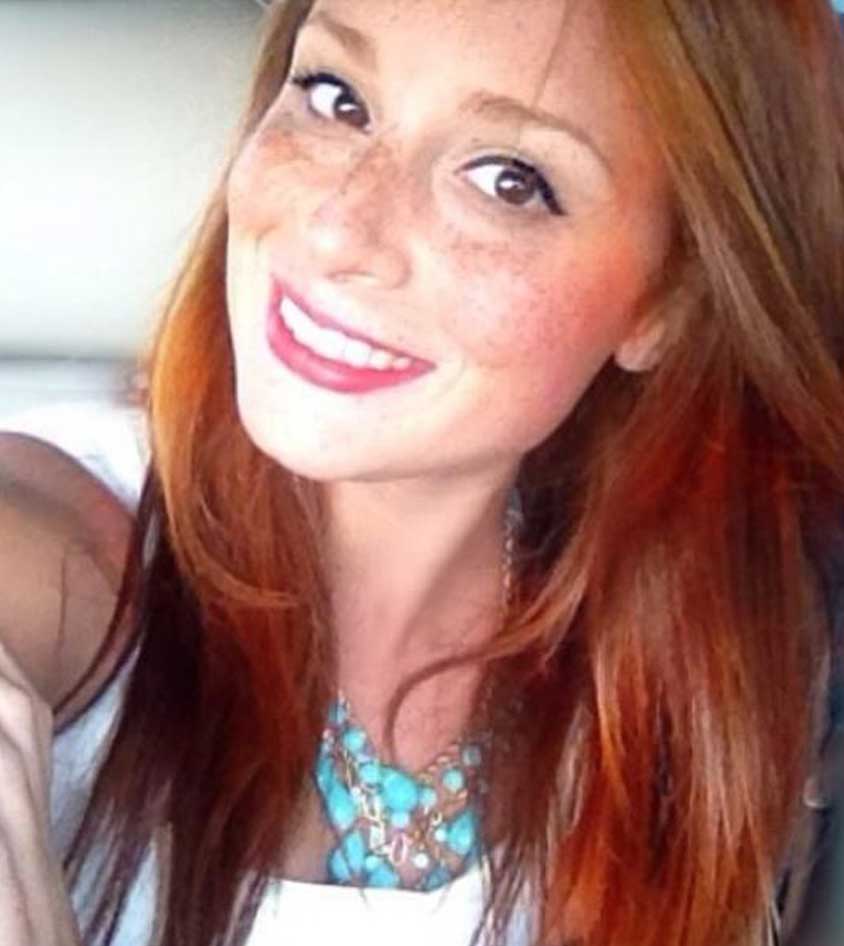 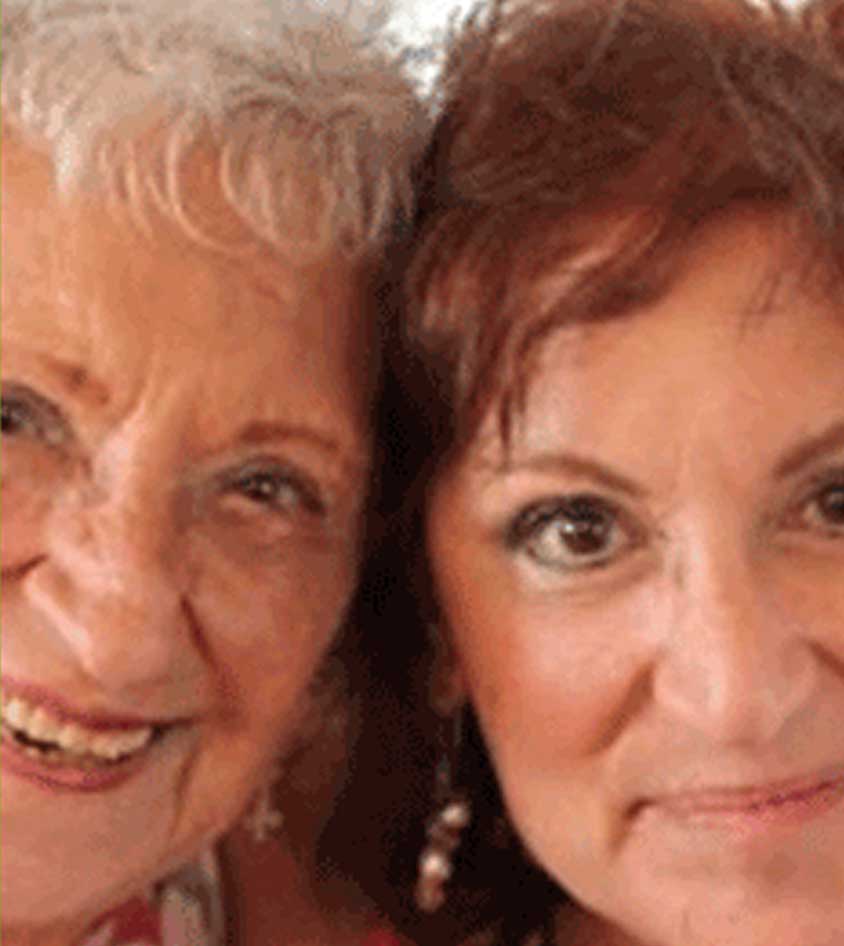 Hails from Locust Valley and recently retired from a Human Resources executive position is a third generation of seamstresses sewing all her life. Blessed with having a very talented mother to pass this love for sewing down to her as well.

Her experience includes Girl Scout Leader for over ten years, focusing on teaching crafts as well as the skill and artistry of sewing. Wardrobe/Seamstress/Costume Designer for Locust Valley High School and Long Island High School for the Arts and Marymount Manhattan College. And recently was hired by a designer to sew his creative and unique dog coats that are currently selling in downtown Manhattan at Patricia Field Boutique. 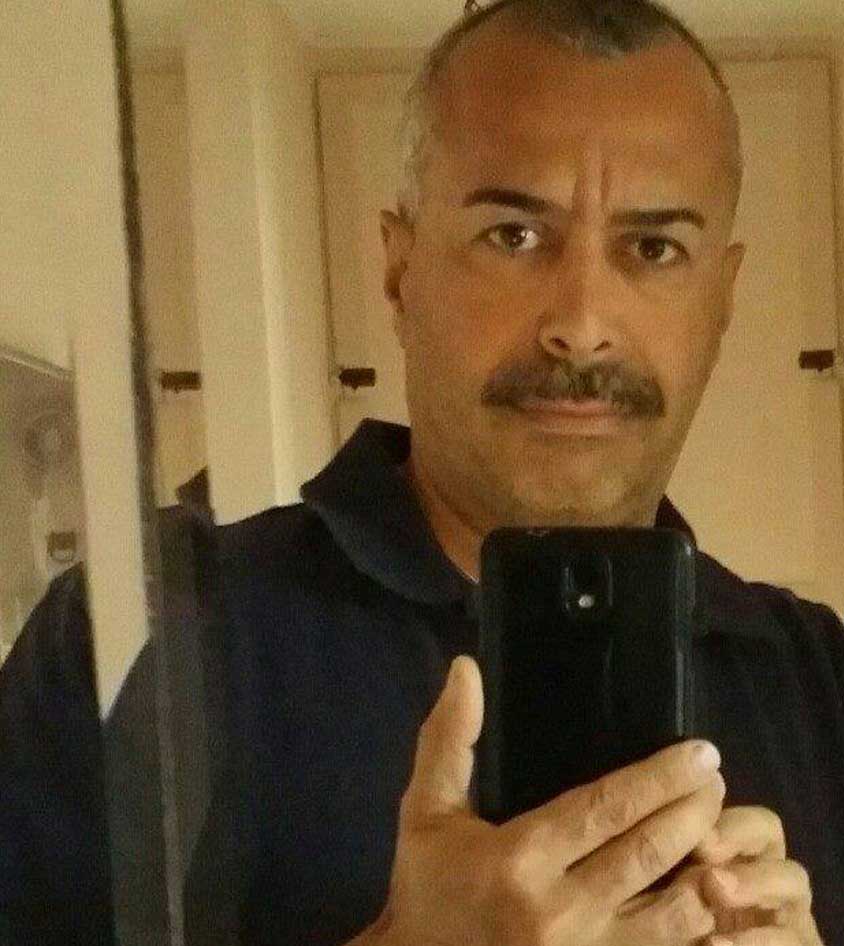 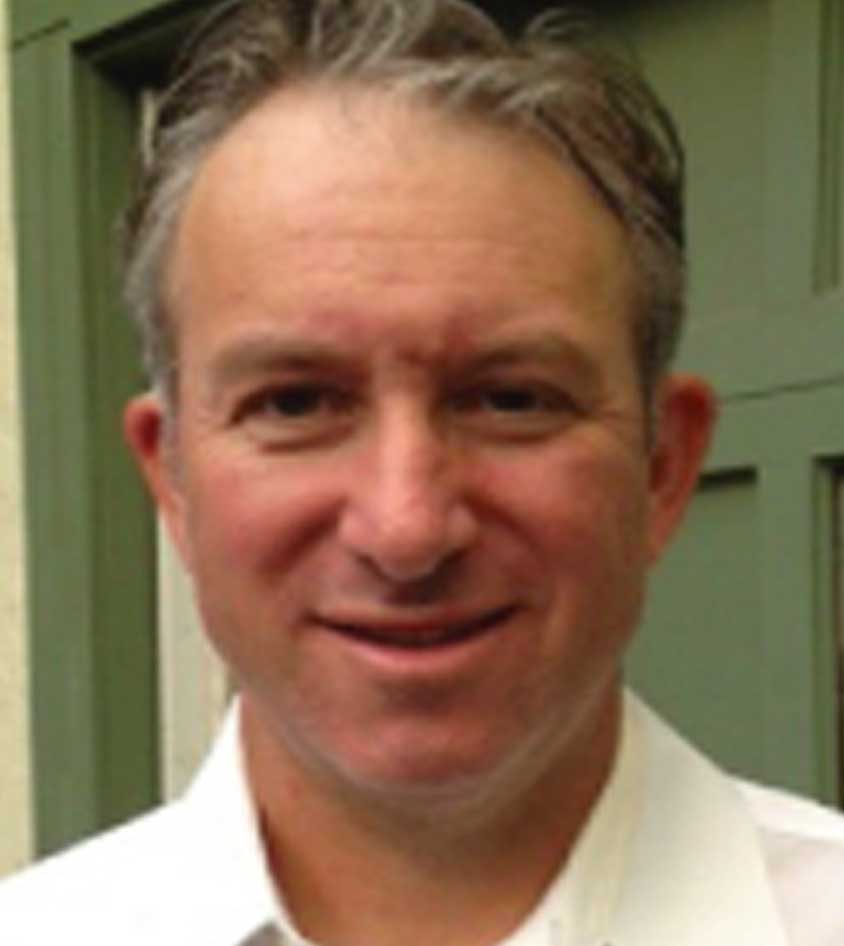 Born in England and raised in South Africa and Israel, Louis is an international star. After serving four years in the Israeli army, he immigrated to the U.S.A. where he continued his education and career. Louis has spent his entire professional life in finance, helping to grow small businesses. Currently, Louis and his partner of twenty years own and run Conative Capital in Manhattan.

After Louis married Heidi, the couple and their three children moved to Port Washington which has been their home ever since. 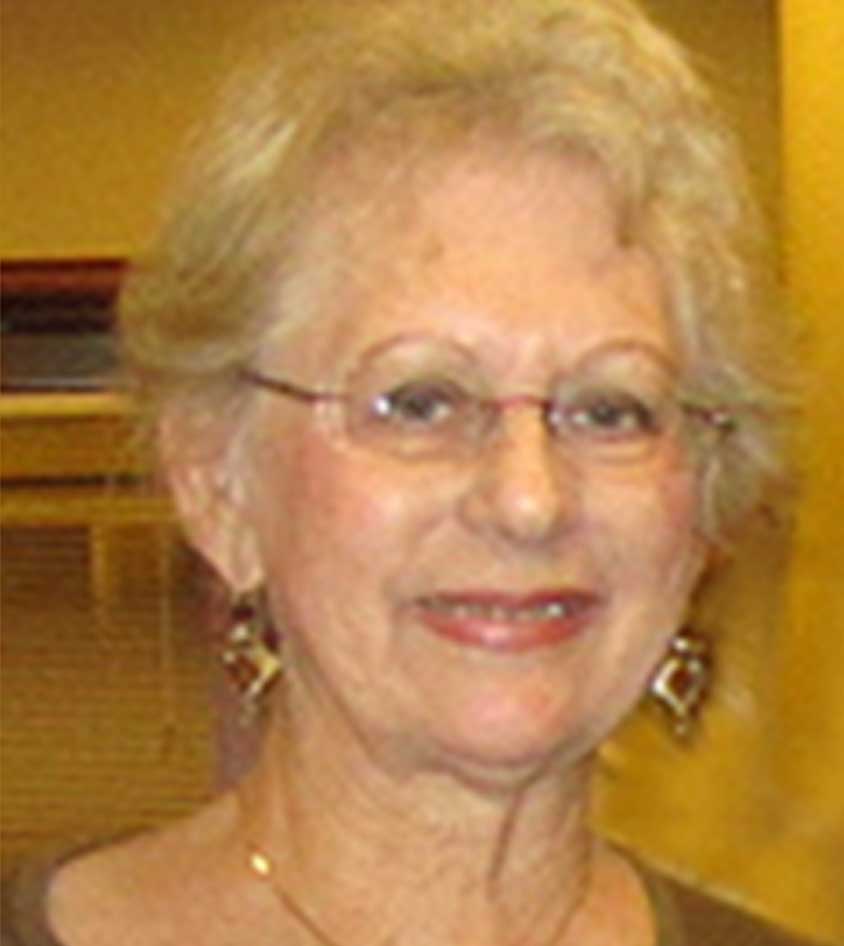 Barbara Silbert has been teaching drawing and painting to older children
at Haven Art for 7 years now. She is a retired Art Director with many years of experience at ad agencies and corporate art departments.

She is an award-winning artist, and president of the Manhasset Art Association for 5 years. She looks forward to continue teaching at the new Haven Art Studio. 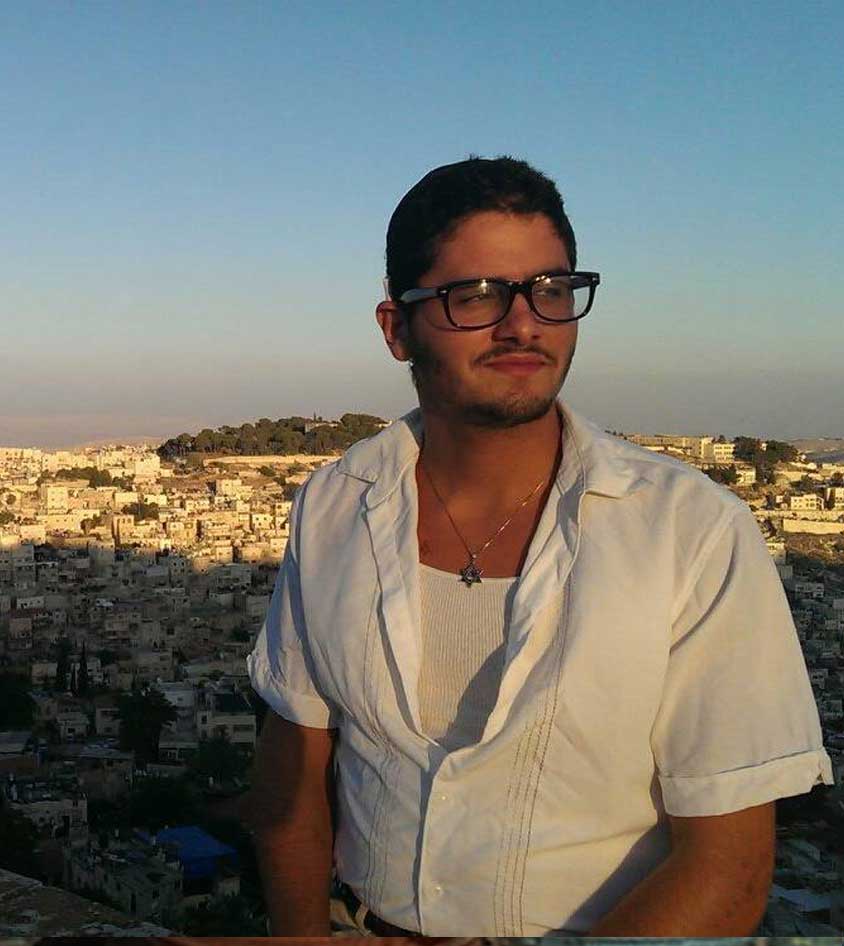 A business website is an extension of oneself which means that it must be executed to reflect not just your business, but it should also reflect you as a person. This means that to be able to truly trust a web development firm with your online business, you need to be able to trust the founders of the firm. Why should you trust me with your business? I am in the business of creating companies online through website design, development, online marketing, SEO & SMO. I dropped out of SUNY Geneseo over three years ago to pursue a startup venture with four of my friends & business partners. This startup, led to my becoming a website developer & graphic designer, which is my passion. Building a beautiful website is like any other sort of creative medium; you feel a certain amount of pride and a sense of achievement once it is completed. I have helped create & bring over forty businesses online in the last two years with my past business partners, & just recently I decided to create my own Internet Consulting firm Flyweb Media. Flyweb Media is the perfect example of utilitarianism at its finest. Let us do what we are best & bring your business online while you do what you are best at, which is running your business. Give me a call at any time of the day or night & we can talk about how I can help your business thrive online. 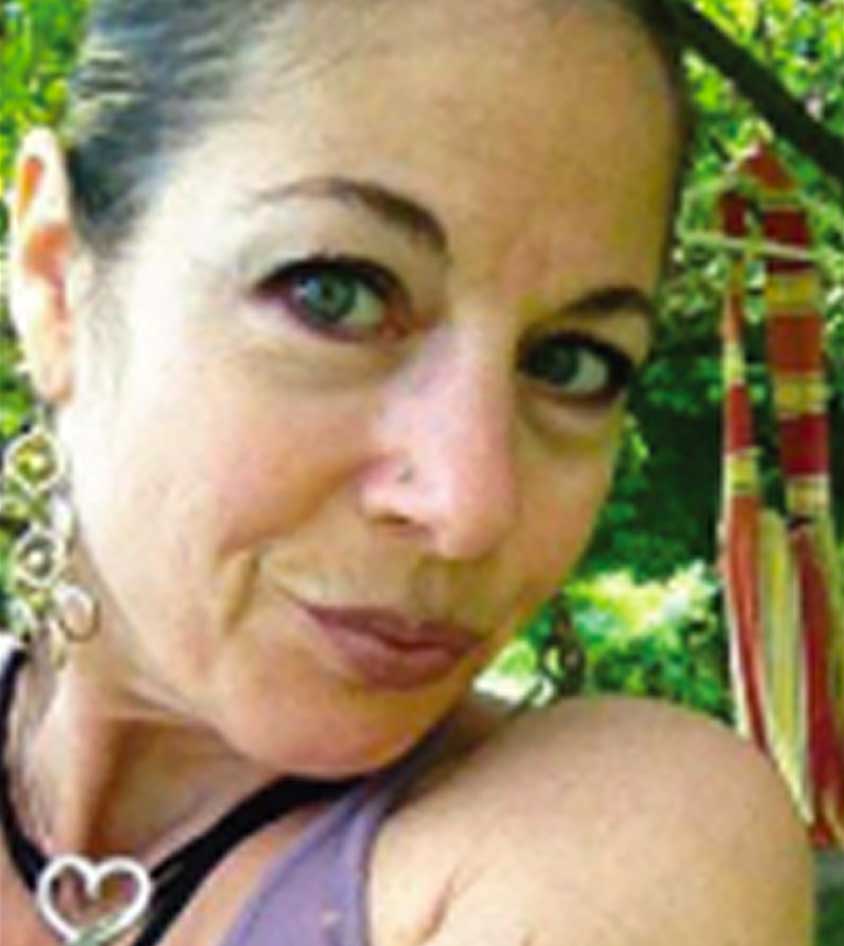 Heidi has spent her entire professional career in the arts. She received her Bachelor of FIne Arts at the College of Ceramics at Alfred University and continued her education at the School for Visual Arts, Parsons School of Design and The Realist Drawing Academy in New Mexico with Gary Faigin.

After moving to NYC, she worked ten years + for two of the largest Fortune 500 companies in NYC as Art Director and Design Director.

During that time Heidi also honed her ceramic skills as a student of master ceramic artists, painted, exhibited in numerous venues and sold her paintings.

Married to Louis Rabman and mother of three, she moved to Port Washington 7 years ago and began teaching at Haven Art, the Artist Guild and the Parent Resource Center, all in Port Washington. For the past two summers she worked as the ceramics specialist at a prestigious summer camp in Long Island. 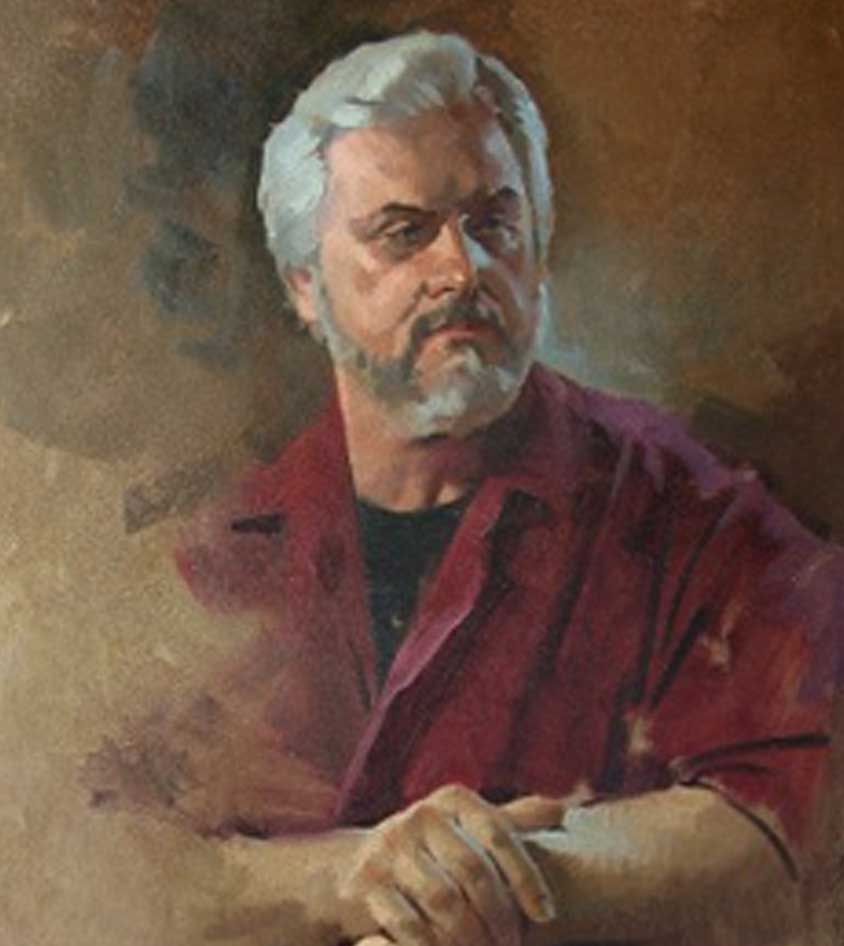 last but not least- we welcome Ben Zucker to our amazing team!